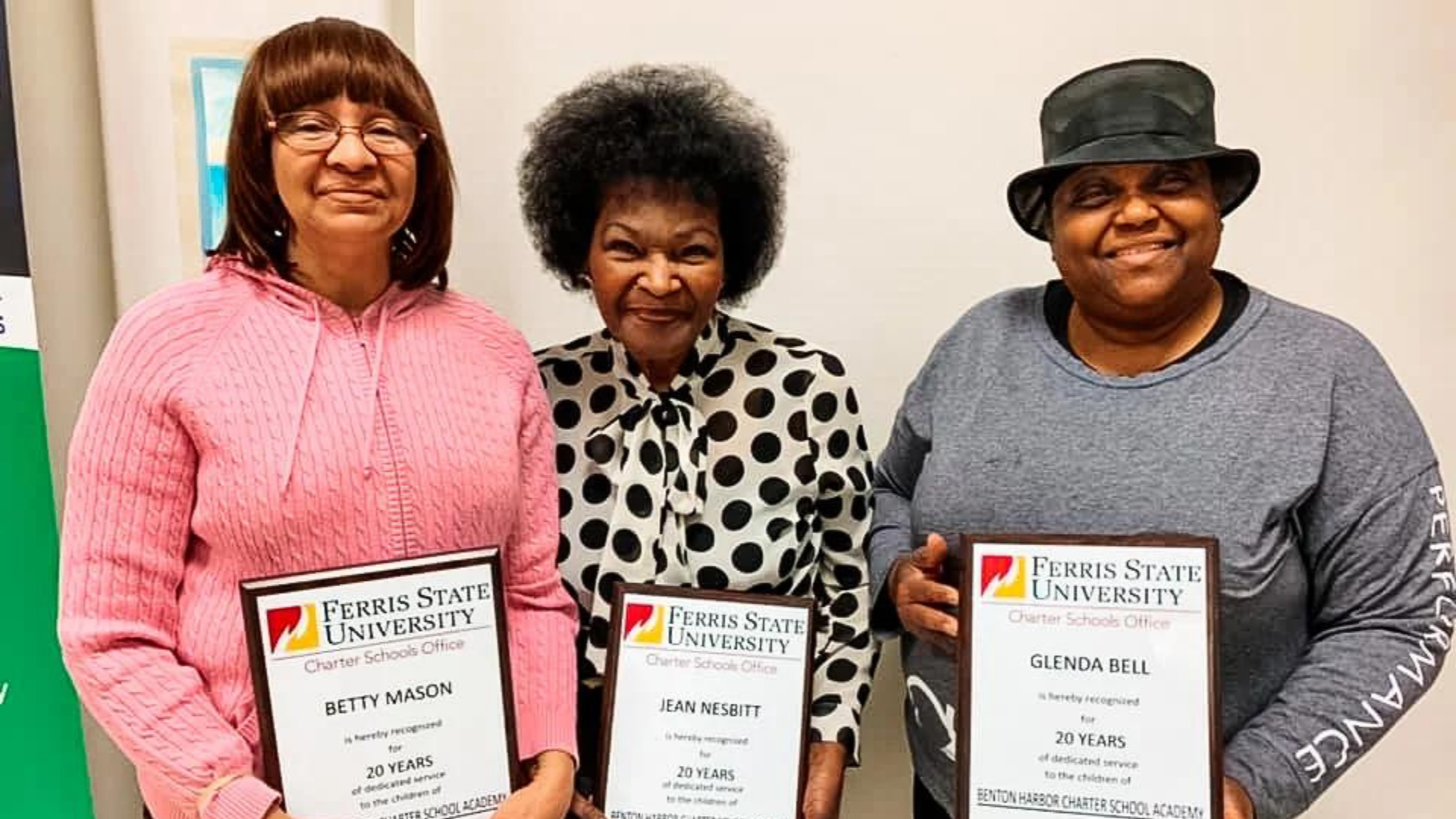 Decisions to Impact - Serving our young people, our educators

As a lifelong resident of Benton Harbor, Jean Nesbitt was despondent when she saw how bad things had become in her hometown when it came to K-12 education. It was the late 1990s, and the school district was suffering. Worse yet, the children in the community were suffering. What can one resident do? Thanks to this new thing called a “charter school,” plenty!

Jean’s son had attended Ferris State University, so she knew some people there. She contacted their charter school office and that really started the ball rolling.

More than 20 years later, the Benton Harbor Charter School Academy is still going strong. The school is authorized by Ferris State and managed by Choice Schools Associates. And Jean Nesbitt, Glenda Bell and Betty Mason are still serving on the school board there. With 22 years of service, that makes them three of the longest-tenured charter school board members in the state.

It seems like yesterday that we started this beautiful school. Despite all the challenges and tears that were shed to implement – it has been worth it. We are proud of this school. We wanted something more for our kids and saw an opportunity to make change and impact. We found some soldiers in the community and created it together.”

The “soldiers” she found might have been hesitant at first to join the fight, but they quickly saw the rewards it would bring.

Jean asked my mother to be on the board, and she said no, she couldn’t do it. But then she told Jean that she should ask me. I wasn’t sure of my qualifications, but I did know I wanted to help. I grew up in this community, and I wanted to do whatever I could to help our young people. They deserved better than they were getting. They deserved a choice.”

Jean, Glenda and Betty had plenty of help getting the school up and running back in 1999 – particularly from an influential pastor in town – but they also found that there was a lot of resistance to change. Some of the adults who were tied to the local school district didn’t feel the children in town deserved another option.

People we had known for years all of a sudden questioned our motives. We had some friendships and relationships that fell apart because of this, but we knew that we had to persist no matter what. Our community needed another alternative.”

“Our scores always need to improve, but I’m so proud of this school,” Glenda said. “When I drive through town and see one of our students up on a billboard, it just makes me so proud.”

And even though she’s not an educator, Glenda said that she, Jean, and Betty know that as charter school board members, they play a critical role in the school’s success.

Michigan charters are facing a board member shortage, and we need passionate community members to help support our schools

Decisions to Impact - Shaping the future through our students

Decisions to Impact - Looking at the bigger picture

Decisions to Impact - You never know the power of your perspective