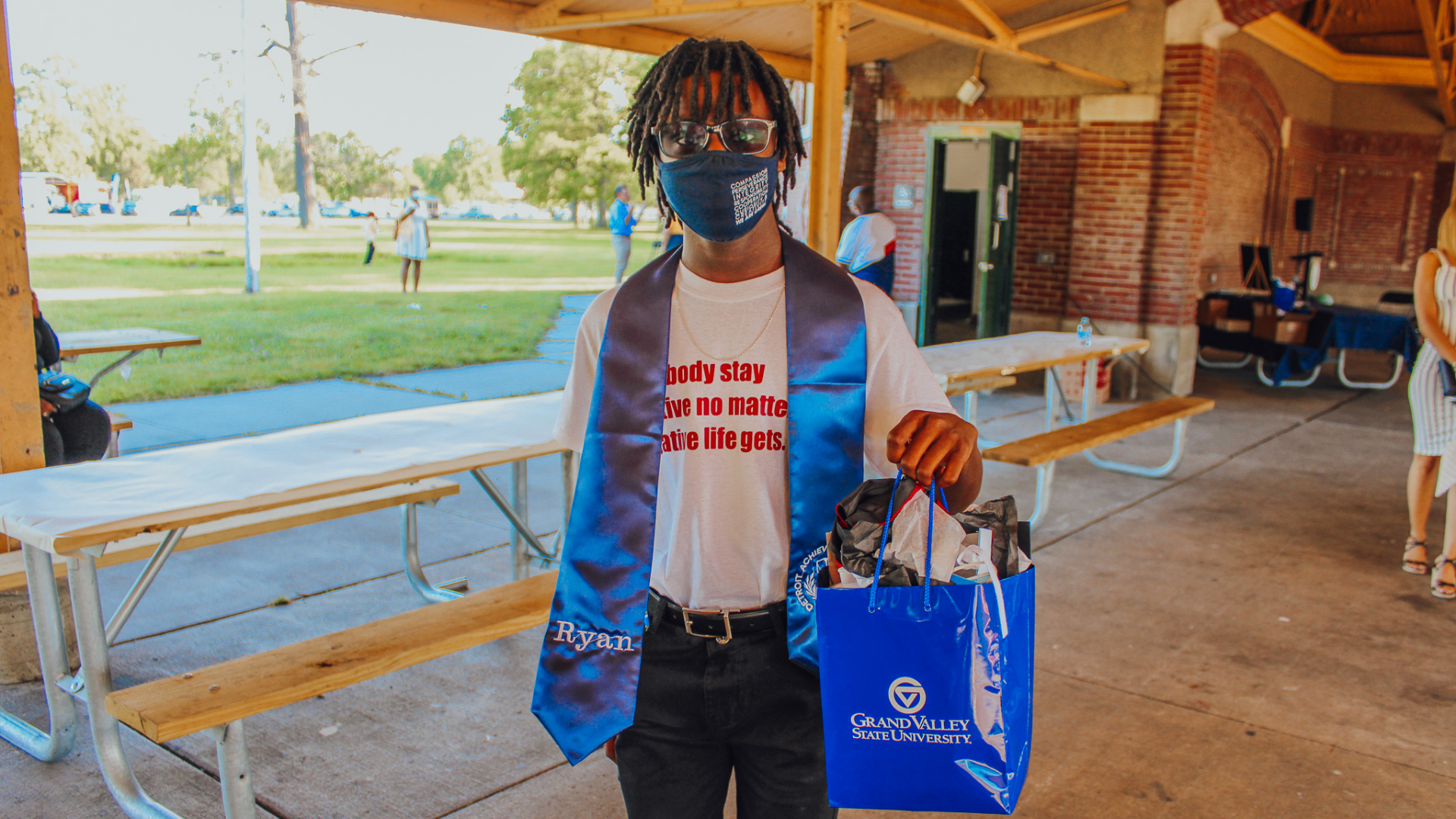 The charter school world is all about innovation and blazing a trail for others to follow, and along those lines, Grand Valley State University took a quantum leap earlier this month. GVSU guaranteed full college admission to the eighth-graders at Detroit Achievement Academy, a charter school in northwest Detroit.

As far as anyone can tell, GVSU became the first college or university anywhere in America to fully admit a group of eighth-grade students.

The big announcement was made on June 3, when the 24 eighth-graders from Detroit Achievement Academy and their families gathered for their graduation ceremony at Belle Isle. DAA is a GVSU-authorized charter school that opened in 2013 as a K-2 school, and has added a grade every year since. This group of eighth-graders is the school’s first class to graduate.

They thought they were just gathering on Belle Isle in Detroit to hear some speeches and pick up their graduation certificates. But when GVSU Vice President B. Donta Truss took the microphone, he made the announcement that stunned the crowd.

“I want to, on behalf of Grand Valley State University President Philomena Mantella, officially admit into our university, this entire graduating class,” Truss said. Then as the smiling graduates and their parents and grandparents applauded and looked on, he did that announcement one better. "We want you to come to our institution tuition-free,” he said. 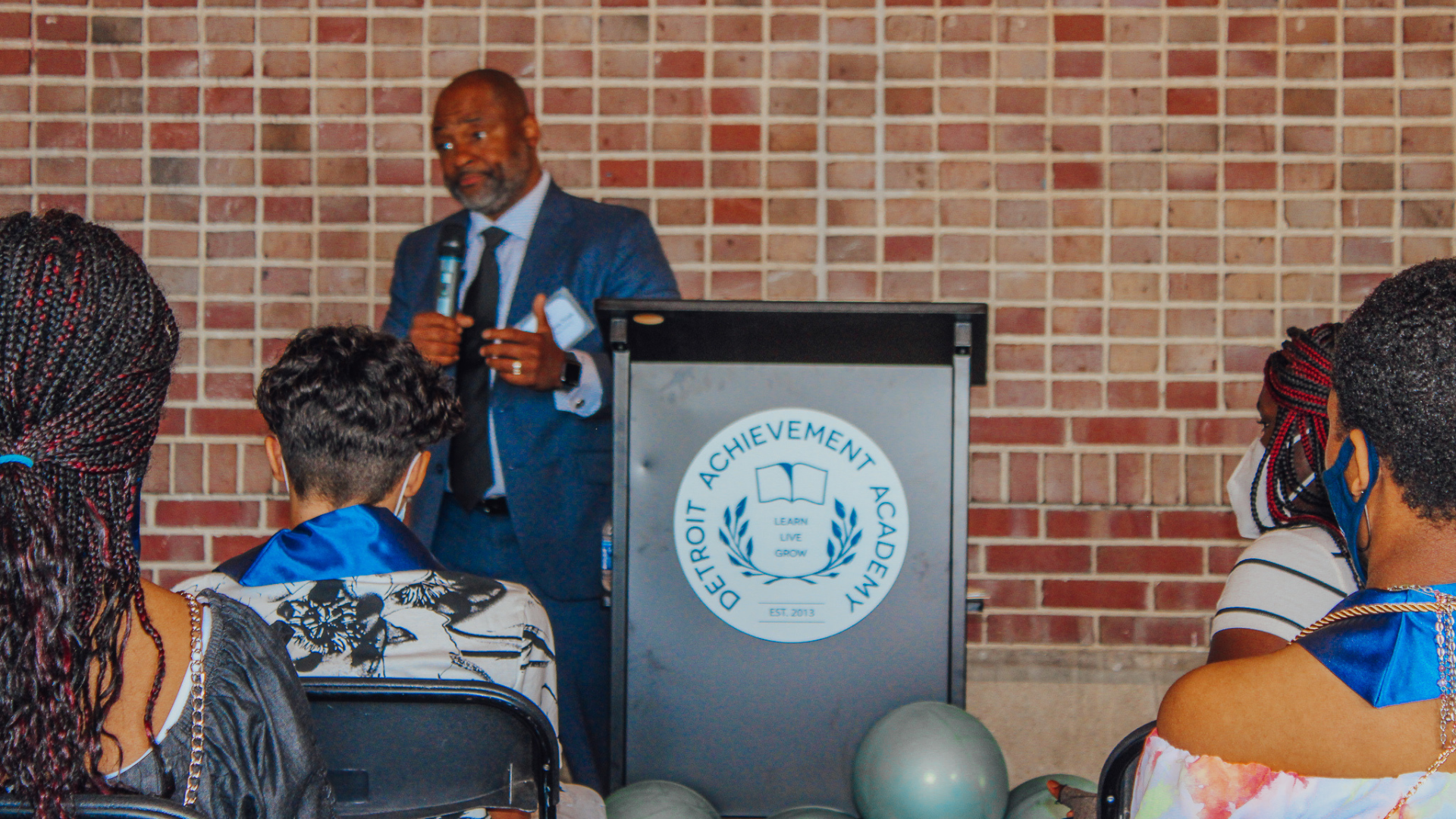 Pictured above is GVSU Vice President, B. Donta Truss, giving remarks at the event.

Truss said that as part of the Grand Valley Pledge, any student from a family making less than $50,000 a year can attend the school for free. That meant the entire Detroit Achievement Academy class had just been awarded full college admission and a full college scholarship – as eighth-graders.

“I was speechless. It was the biggest blessing, because a lot of these kids wouldn’t be able to go to college without their tuition being paid. I almost cried - and I looked back thinking she [my daughter] would cry. I did cry. Now they have something to look forward to - now they know they’re fighting for something.”

- DAA parent, Tamara Mitchell, whose daughter Cionna was one of the graduated.

Truss said the idea to admit the Detroit Achievement Academy students into college came during one of his many visits to Detroit and discussions with DAA founder Kyle Smitley. Truss and the GVSU team knew that the chances that these students would succeed in college would be drastically improved if they removed every possible roadblock, hence the decision to launch this first-in-the-nation program.

When we heard how well they were doing academically and how many obstacles they had overcome, we started to develop a strategy of, ‘Let’s admit them now. Why wait?’ They have great academic credentials. They’re only going to get better.”

And the best news for other GVSU-authorized charter schools?

“We plan on doing this in some other places as well,” Truss said. “This won’t be our last time doing this.”

As for the DAA students, not only have they already been admitted into college, but to insure they’ll be prepared once they get there, GVSU will also be providing them with tutors in Detroit throughout their high school careers. 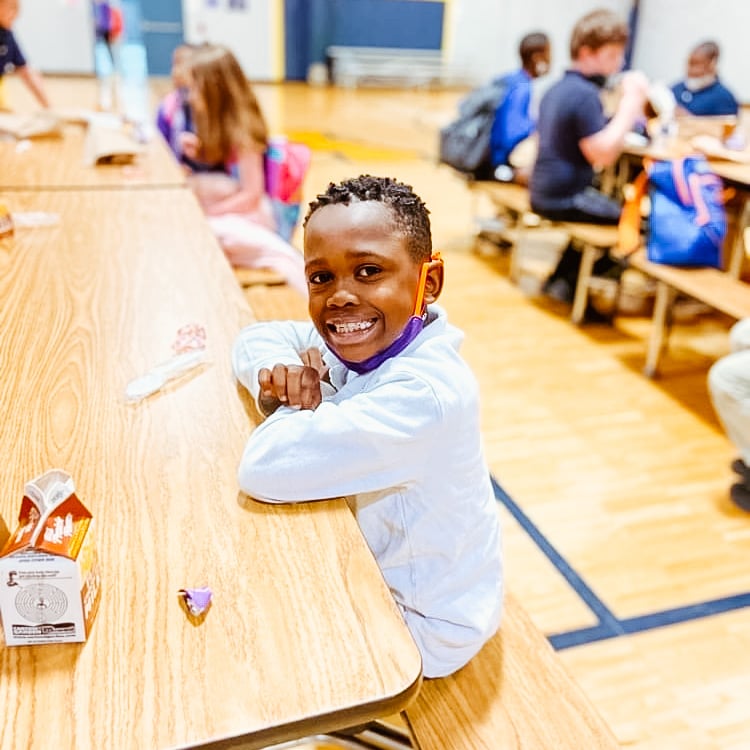