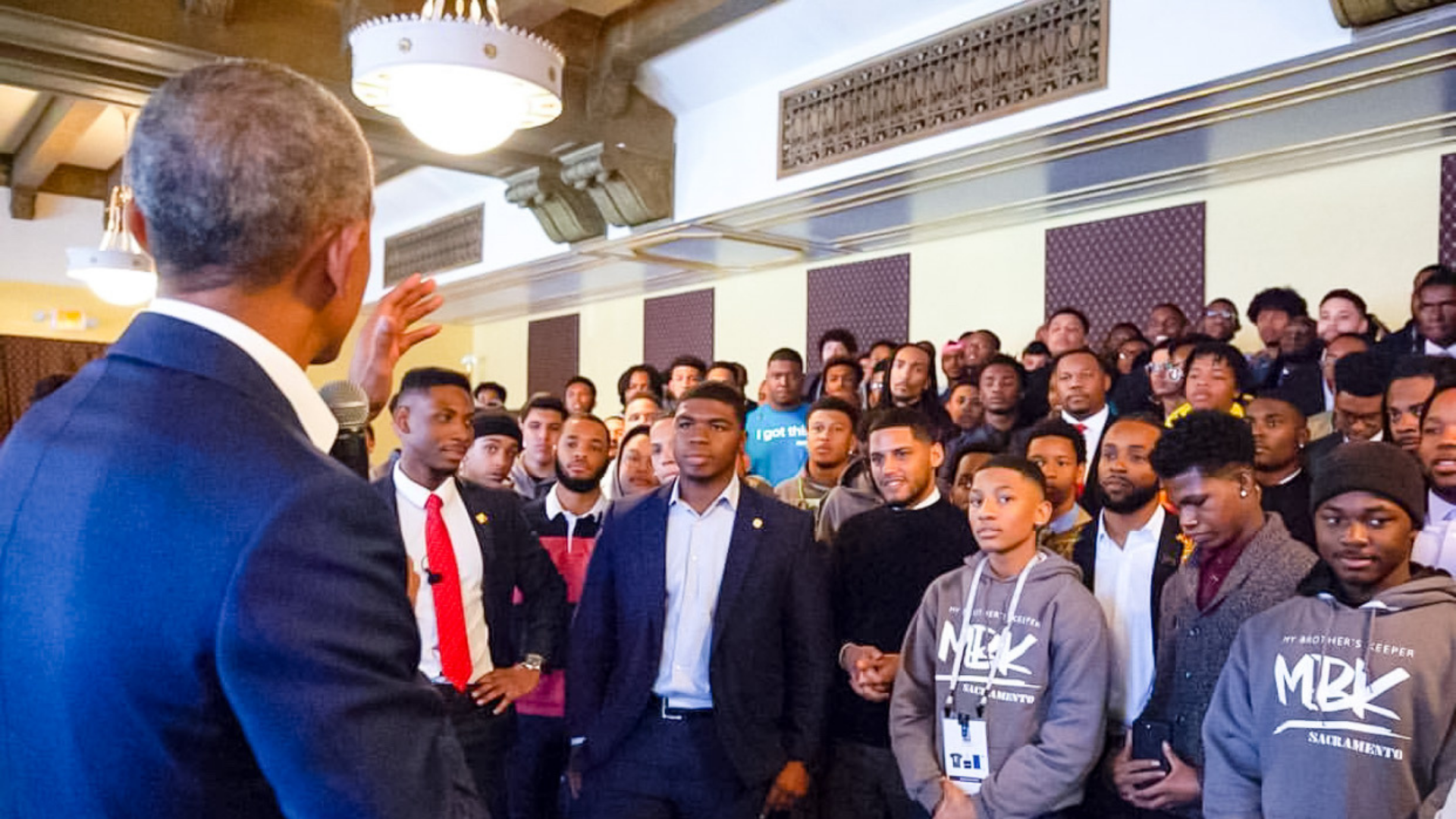 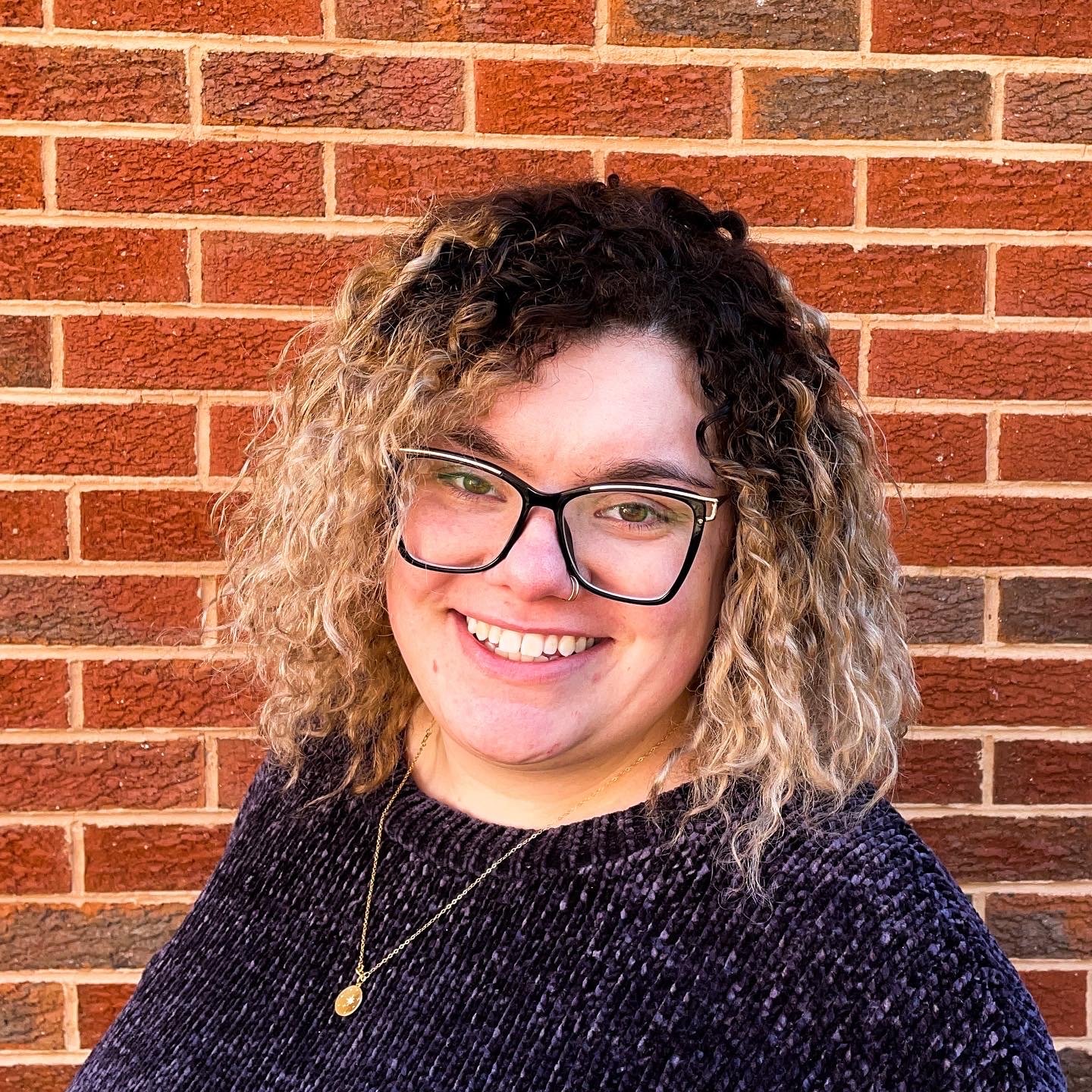 When thinking about who is changing the world, we know there are some special charter graduates on that list! In February, the Skillman Foundation celebrated Black History Month by compiling a list of 20 Black Detroiters Making History - which happened to include five awesome charter school students. From creating informational documentaries, to community outreach, to working with the city government, these rockstars deserve ALL the recognition.

Kenndall Wallace, a current senior, is one of the youngest people on The Skillman Foundation’s list, and the youngest charter school student. She is a champion for school choice because when she needed a more flexible schooling option, Michigan Connections Academy was there for her. Now that she has been at the school for 5 years, she will tell you that the education she’s getting is the best there is. Being able to form close relationships with her teachers has played a huge role in her educational journey, which is plenty of other charter students will tell you, too.

When she’s not in school, Kenndall is a filmmaker and journalist. At just 17 years old, she has bylines at Model D Media, Detroit Dialogue, and The Detroit Writing Room, with plans to have even bigger names in the future. She also has multiple film credits including a local PSA about the dangers of teen vaping and a short documentary on gun violence. Most recently she added a full-length documentary, The Price to Heal A Nation, which focuses on racial awareness and healing that premiered in January 2021 through Teens in the D Broadcasting group.

Being so young with an already packed resume, Kenndall isn’t planning to stop anytime soon. In the fall, she will attend Central Michigan University where she’ll major in broadcasting and cinematic arts as well as journalism.

Jeremiah Steen attended Henry Ford Academy for Creative Studies (HFA), which has since changed to University Prep Art and Design. While he used school choice to attend a non-charter high school, his time at HFA helped define who he is as a person.

I think the biggest thing they provided was the ability to think outside the box. I went from a school that was very procedural to a school where you needed to think outside the box to be successful. I credit that to HFA, even in my current positions. I need to be creative in my thinking and how I do things. I really think that HFA taught me that."

His education set the stage for what has been a wild ride of opportunities. As a fellow with the Jane Goodall Roots & Shoots Fund, he traveled to Tanzania and the United Nations Leadership Summit. His time as a fellow expanded Jeremiah's views on how community service fundraising works and that telling stories about the communities are an important form of currency in fundraising. Everything that he’s learned in positions like this one shine in the work he does with his own foundation: The Steen Foundation. 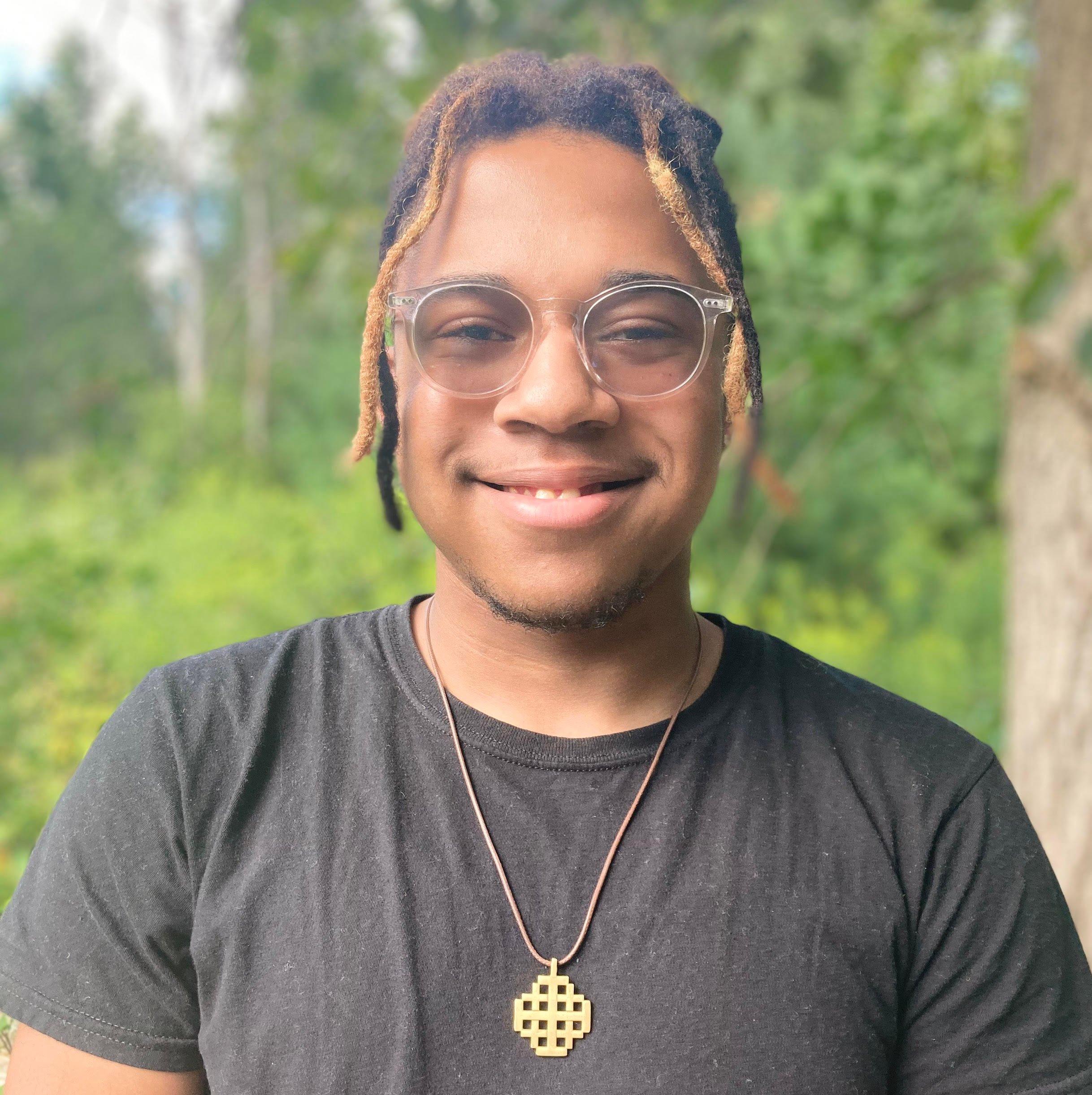 The Steen Foundation is a non-profit organization that focuses on the needs of students in the Detroit area by providing resources, socialization opportunities, and so much more. While it is still in the early years, Jeremiah hopes to create a network of partners and opportunities to help students who don’t have access to them otherwise. His long-term goal with this foundation is to create a pipeline where students find careers within their interests and allow them to explore curiosity. As for his personal goals, he would like to empower students through education by becoming a professor of ethical fundraising in urban areas.

Jabari Jefferson wasn’t as accepting of the move to charter schools as other students. At 14 years old, the importance of friends far outweighs the importance of a good education. With influence from his parents, Jabari was open to the new experience of attending Detroit Edison PSA (DEPSA), but after a week, transferred back to his old school. His parents weren’t happy, but let him stay temporarily. Eventually, he spent his high school career at DEPSA.

I noticed a lot of differences, that’s why I wanted to go back to my old school. I went along with my parents and went back to DEPSA. It was a good decision. I made a lot of good friends, I had good experiences. After I settled in I noticed the differences between the schools were tremendous.”

One of those key differences were the unique opportunities. Through a summer program held by his school, Jabari was able to make connections with the City of Detroit mayor’s office very early on. At an event, he walked up to his current boss and asked for a business card. Because of this interaction, he started working in the mayor's office during his sophomore year of high school, and has continued growing in responsibility throughout the years. Now, Jabari carries the title of Deputy Director of 24-Hour Economy, where he is a liaison for the city government between the hours of 7PM and 7AM. 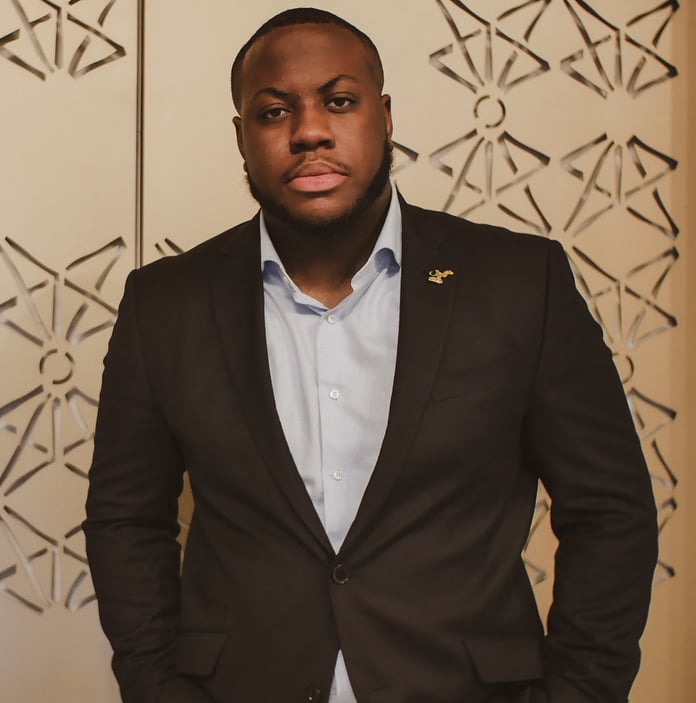 At just 19 and a sophomore at Henry Ford College, Jabari has big goals. When he finishes his degree, a Bachelor's in Political Science, he hopes to work on different campaigns locally or even nationally as a change of scenery and a new beginning. Who knows, maybe he’ll be on the ballot himself sometime soon!

Charter schools aren’t just another option for some students, they might be the only option. When Leiasia Hailey’s grandmother took her in, she knew that they needed to look into different school options because Leiasia was struggling in her current schools. After researching their options, they settled on Great Oaks Academy.

I remember when I first got to Great Oaks. I realized I needed to settle down so I could get to high school. On my first day, I walked into class the students were taking notes - I didn’t know what notes were! I was never taught how to take them. The students and staff were interested in helping me learn. It was the first time I was actually taught how to learn and understand things. Teachers even got me to like reading!”

After spending one year at Great Oaks, Leiasia was committed to how empowered charter schools made her feel. Not only did she attend another charter school, Detroit Delta Preparatory Academy for Social Justice, she also found a charter school for her younger siblings to attend!

Her high school education mimicked her time at Great Oaks. From being allowed to dual enroll at Wayne County Community College to regular meetings with her principal to discuss her progress - something that didn’t happen at bigger schools her friends attended - opportunities were endless. She remembers the atmosphere of her school as being much like a family that held everyone accountable. 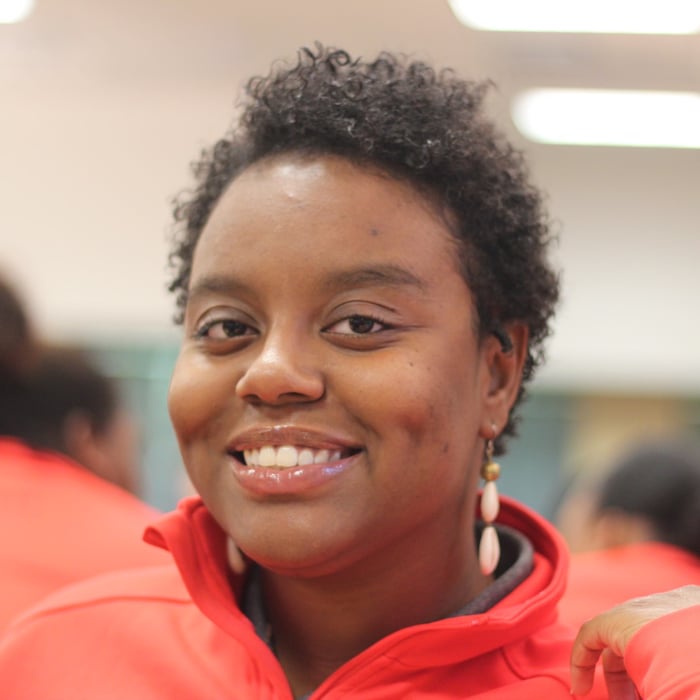 Since graduating in 2018, Leiasia went to Tennessee State University for one year before being drawn back to her hometown of Detroit. She found her purpose in an AmeriCorps position with Detroit CityYear. She works with students that are in situations just like she was at their age, students that need someone to encourage and empower them to improve. The future holds a lot of mystery for her, but she hopes to continue helping her community in Detroit for as long as possible.

The only student on this list who went to charter schools for most of his education is Jalyn Baity. Currently, in his last semester of his bachelor's degree in digital film at College for Creative Studies (CCS), Jalyn has been in the same school building since 2009! University Prep Art and Design is housed inside the CCS building allowing students to be exposed to art-based industries throughout their education, something Jalyn largely credits as an influence to pursue film.

I felt like being in the same building as a college and constantly being surrounded by artists, I was exposed to industries I didn’t know existed. I seriously took an interest in art even though there was a point in time when I believed ‘you can’t feed yourself doing this.’ I remember being told that artists are just disguised as designers in the workplace. Designers are highly skilled and in demand people. The shoes you wear, cars you drive, the user interface on your phone, the apps you use, all that is the work of designers. That really dispelled any belief that there were only 'starving artists' and made it possible for me to do what I really wanted: creating stuff. I’m glad someone told me that was a possibility."

The other thing Jalyn contributes his opportunities and success to is, like many other charter students, the relationships he built. There are plenty of teachers, mentors, and peers he could talk about, but the most important one was his 5th-grade teacher at Winans Academy of Performing Arts, Ms. Teresa Williams. She recognized the potential in him and showed care and love for him as a student. Ms. Williams was also the first person to see Jalyn as an entrepreneur, paying him $5 to create posters of book covers related to her class. She set a standard to hold him to and was invested in him as an individual. 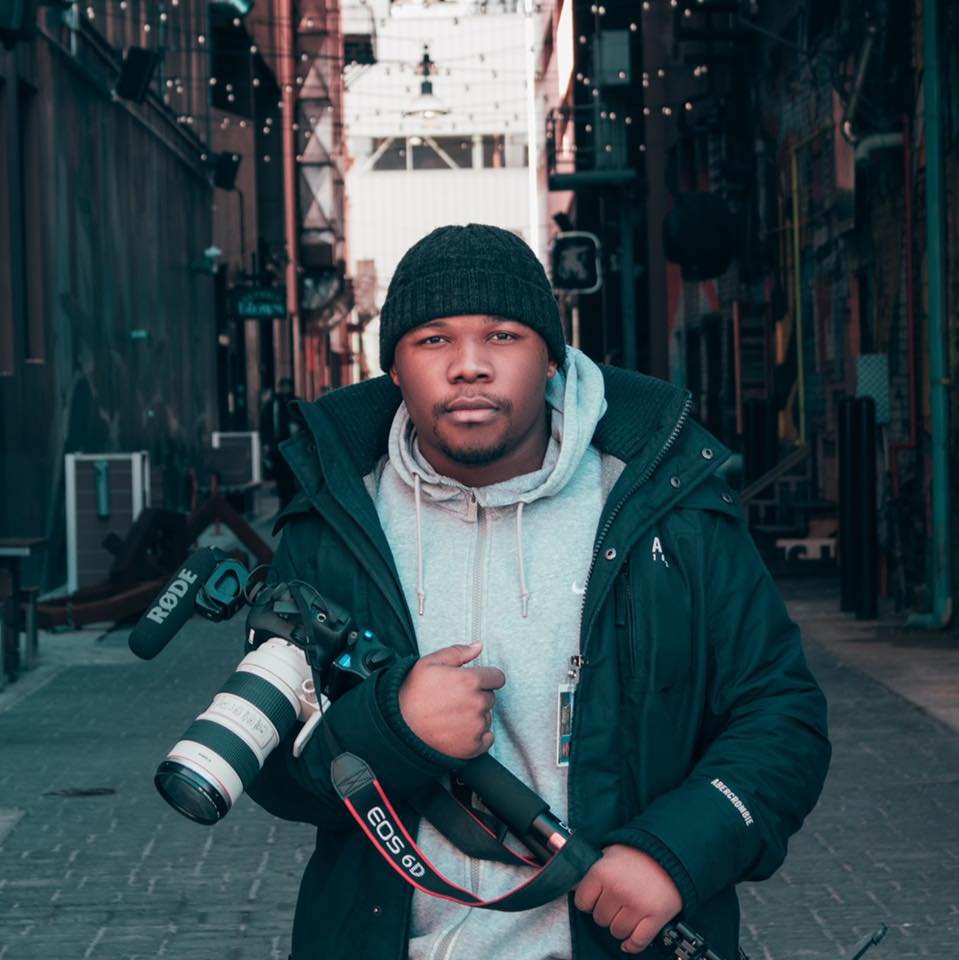 Now, Jalyn is the founder and CEO of Baity Films, even taking the scary step of registering it as an LLC. This was a big step and something he's incredibly proud of. Remembering growing up, everyone had a hustle, which can be fun. His barber was his DJ at parties and also a photographer on the side. The first time he brought a contract to someone, they realized he was serious about his business and showed them his potential exceeds a side hustle. Baity Films is booked for almost the whole year, but Jalyn took a few minutes to offer advice for the younger Detroiters making history with him.

My advice to younger people is to be open to change. Be open to other ideas and sharing with people who don’t think the same as you and learning about experiences that you're not familiar with. Pushing yourself outside your comfort zone can only help to add texture and aid in grounding to who you’re becoming.

There's no doubt in our minds that our MI charter grads are out there leaving a BIG stamp on the world - and these outstanding students are living proof. Here's to these world changers, and all the charter world changers to come!

Previous story
← On the horizon for MI charters: a vision for tomorrow
Next story
Finalists announced for 2021 Charter Teacher & Administrator of the Year awards →

These Providers on Meaningful K-12 Success