For many of our MI charters, "school" embodies so much more than academics. Places like Nah Tah Wahsh Public School Academy connect important cultural aspects of the community with learning, making school a true extension of "family."

When school becomes full of family

Way up north, just west of Escanaba is a small charter school nestled within the Hannahville Indian Community. Back in 1976, Nah Tah Wahsh (NTW) Public School Academy was established as a tribal school to support the unique academic needs of Potawatomi students, while also integrating the ever-important elements of their history and culture. Today, NTW continues to weave Potawatomi language and culture into every classroom and every lesson empowering students (both tribal and non-tribal) to build a rich bond with Michigan’s Native American roots as they learn.

Jojo Troxell is a senior at NTW who has spent her entire life connected to the school dating back even before she began kindergarten, through NTW’s Family And Child Education (FACE) program. For her, there’s only one word that comes to mind when asked how she’d describe Hannahville to someone who’s never been: family. With less than 200 students spread throughout grades K-12 most of whom have tribal background, it’s the kind of place where all the students and teachers know your name, and your story.

At Hannahville, there’s this intimacy because of how small we are. It’s easy to build meaningful friendships - both with fellow classmates and with the staff. Quite honestly, it’s a big family for me.”

Zach Kidd is another NTW senior who has found his family within the school. Not only does Hannahville help him feel connected to his Native American heritage through the language and culture classes, but the friends he has made along the way have helped him get back onto a positive path for success.


That ‘family’ has come in handy over the years for Jojo and Zach, as they have each worked incredibly hard to overcome significant challenges. For Zach, there was a point right at the beginning of high school where educators, including NTW Principal, Seth Miller, worried that he may not make it. But thanks to an incredible friend, and a couple dedicated educators, he turned everything around.

I wasn’t hanging out with the right people, and I started to really get in trouble. Deep down, I was even afraid that I wasn’t going to make it. Our Director of Special Education, Mr. Williams, really believed in me and worked to keep me on track - and when he passed away this year, Mrs. Draze stepped into that role and continued to support me.

Fast forward to today, and Zach is an entirely different kid. Not only has he turned things around in high school, but he’ll be continuing his education at Bay Mills Community College next fall.

For Jojo, the challenges were happening at home. While her mother battled mental illness and substance addiction, Jojo and her older sister had to learn how to survive on their own. Finding that balance became almost too much to bear as Jojo entered high school and her sister, who was a senior at the time, moved out. Thankfully, Jojo rediscovered a passion for learning and moving forward with her life - that is, with the help of a very special teacher.

Mrs. Knauf, our high school English teacher, is very near and dear to my heart. I was at such a low point when my sister moved out, it felt like the burden of our home life was left all on me, and it was easier to just not change my life and give up. At the same time, I was an angsty teenager, and schoolwork was not something I wanted to do - but Mrs. Knauf kept pushing me. She would not give up. And at a certain point, I realized that she is so passionate about teaching, and ultimately that passion led to me to get re-engaged in school. The opportunities I’ve since had, and where I’m at in my life - it’s because of that pushing.”

Jojo eventually moved in with her older sister, putting the challenges of her home life in the past, and has since pushed herself to maintain high standards every day at school. And while Mrs. Knauf helped keep her on track, Jojo also appreciated how all of her teachers and the school’s curriculum helped her connect with her heritage.

Potawatomi culture is weaved into almost every aspect of school at Hannahville. Outside of the language and culture classes, teachers bring language into various lessons and display art in their classrooms - Mrs. Knauf even loves sharing Native American novels. My entire family is descended from the Potawatomi tribe, but as some of them migrated away, the history and culture was kind of lost from an entire generation. Going to Hannahville, I got to learn about my culture at school and fill in the missing pieces I didn’t learn from my family - I think that’s really unique.”

As she wraps up her final year at NTW, Jojo is still contemplating where her next academic journey will be. She’s already received a prestigious scholarship awarding her a full ride to Western Michigan University - but she’s awaiting the status of a scholarship she’s applied for at Michigan State University before making her final decision. Whatever she decides, she is excited to pursue English in her studies, and to one day return to give back to the Hannahville community.

In the past, I’ve tried to participate in my community as much as I can - from summer Pow Wows, to food drives, and even being a student representative at a Tribal Council Meeting. With us being a minority community, I think it’s important to stay connected even after I leave for college. I hope to one day come back and be an inspiration to the younger generation, and really show them that we can do anything.” 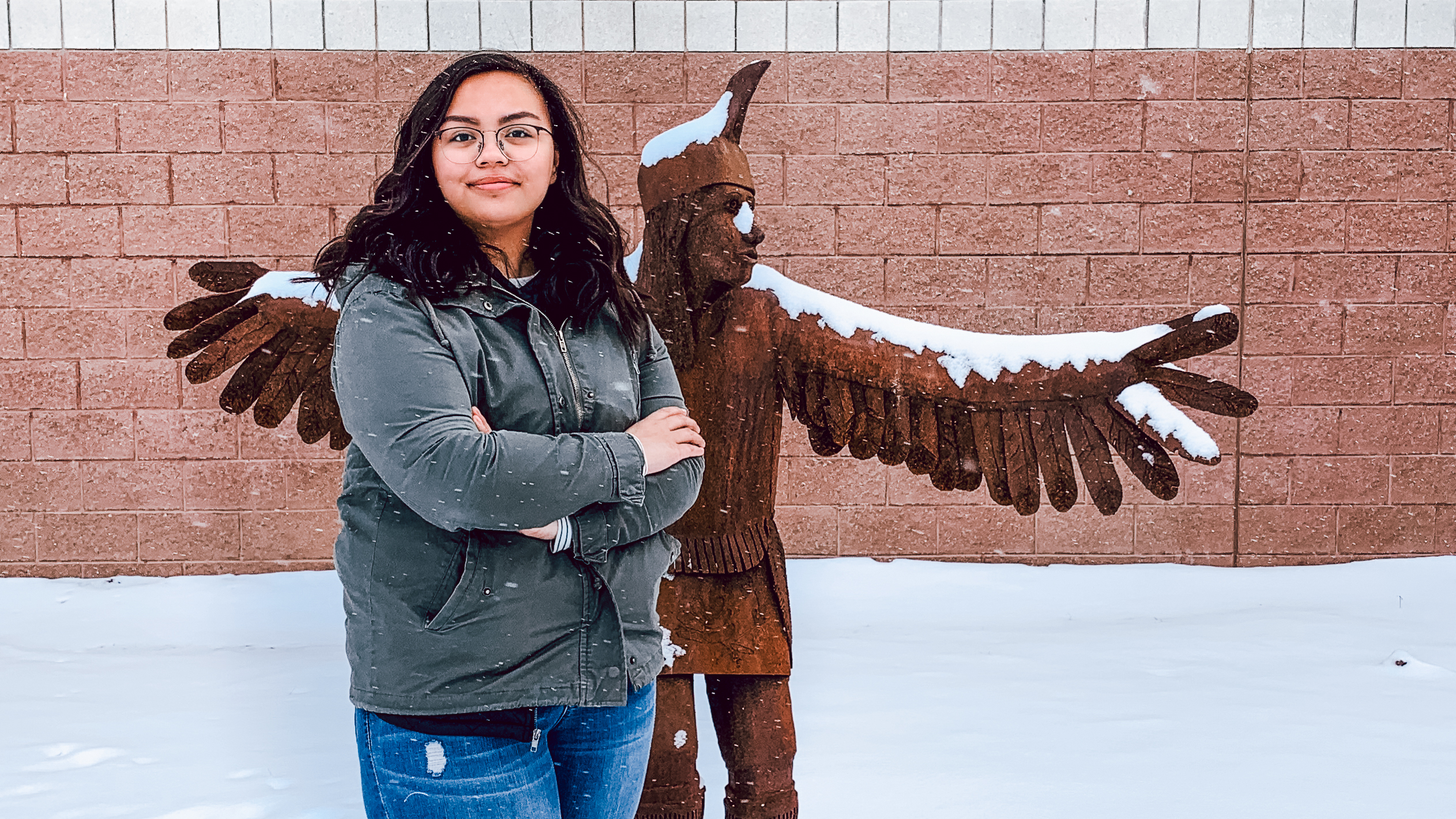