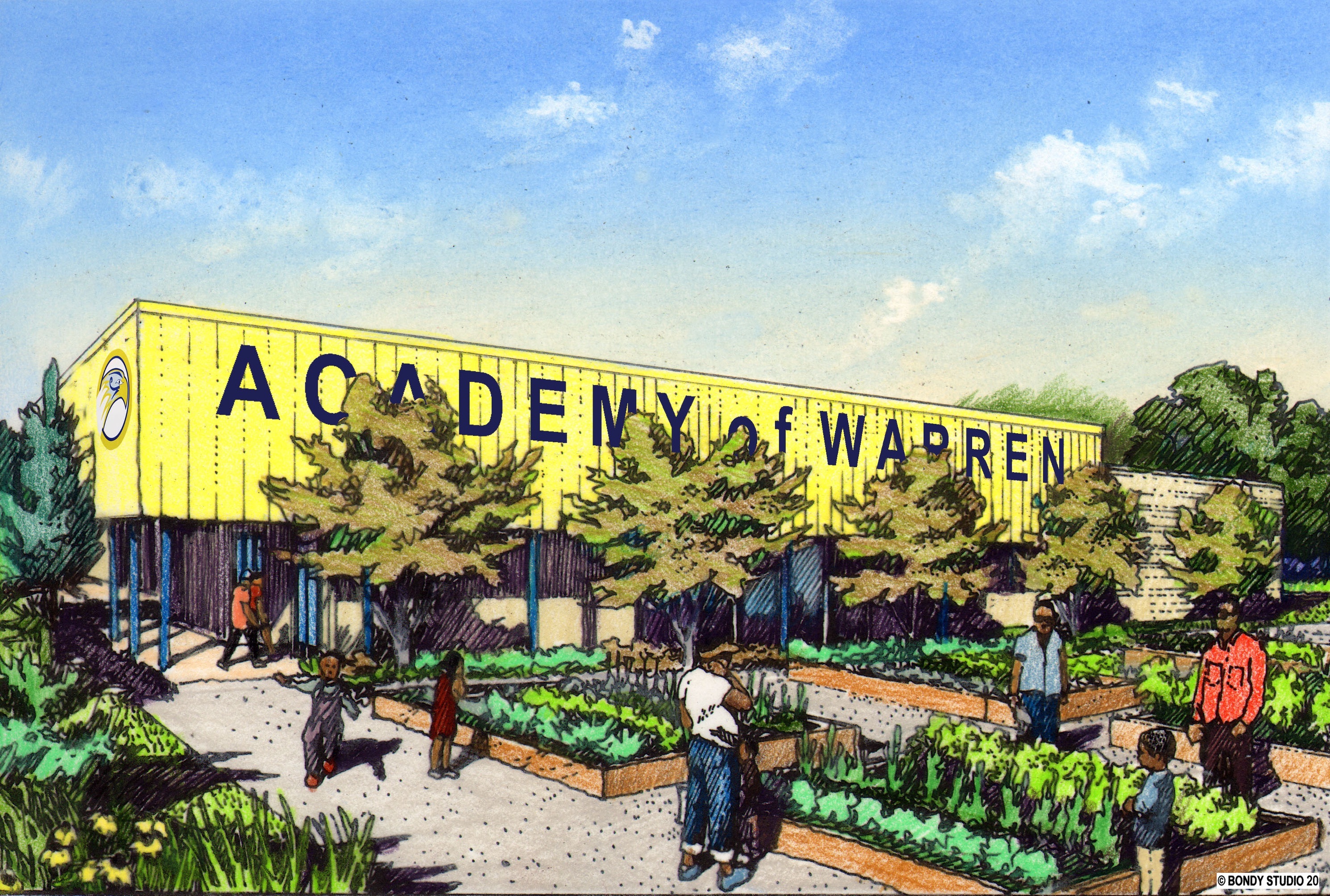 When Oronde Kearney became the Chief Academic Officer at Academy of Warren (AOW) three years ago, his first impression was simple: this is a wonderful school in a less-than-wonderful environment.

Back before it was a school, the AOW building used to be a supermarket, and it had an almost jail-like appearance, with few windows anywhere - it didn’t even have a gym. So the first thing Kearney realized is that there needed to be a large-scale needed to change the environment.”

His first plan was just to build a gym to address the immediate need.

Our students really needed a gym - but that gym plan ended up turning into a re-do of the entire campus.
- Orande Kearney

Fast-forward three years, and AOW is now in the process of building a $9.7 million expansion and renovation that will be the envy of every school in the state. 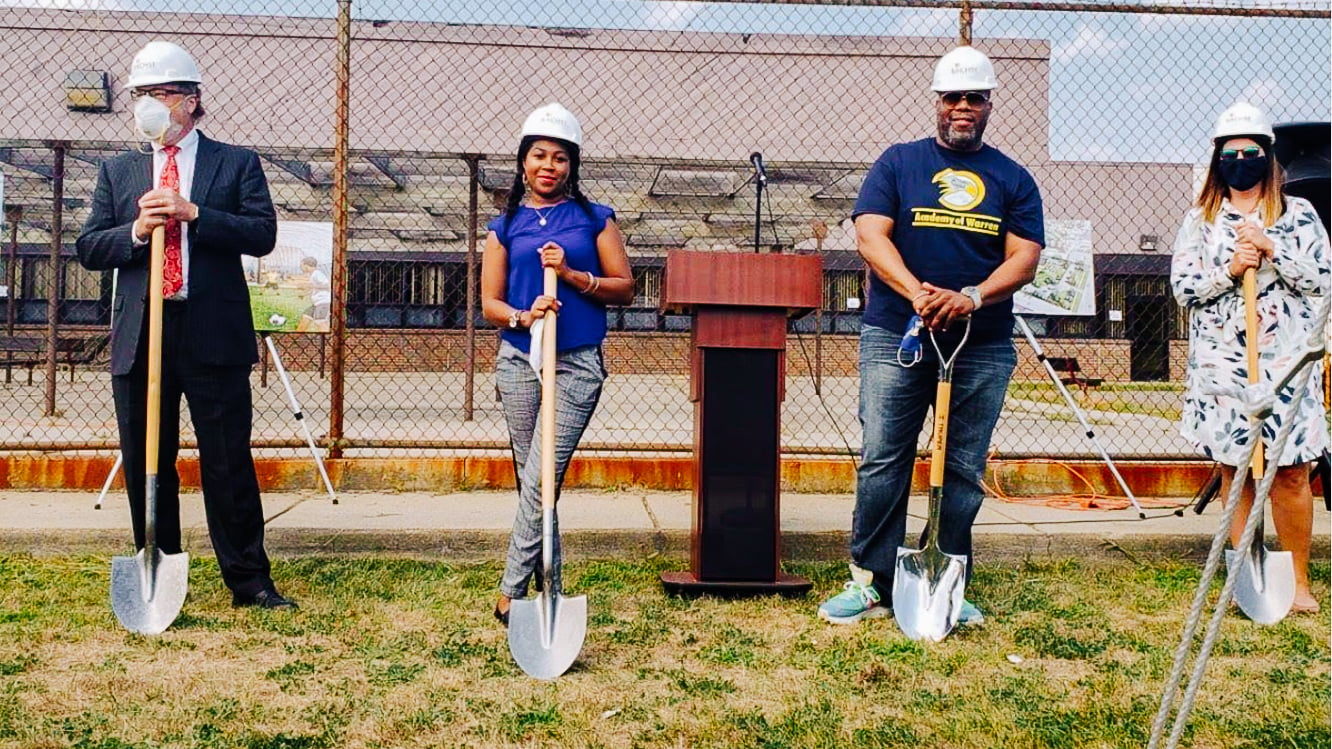 Ground was broken last month, and the new facility is scheduled to open in September 2021. The project is being done in partnership with Equity Schools and Sachse Construction.

When we started thinking about the concept, my partner and I looked at Country Day,” Kearney said. “Their campus is amazing, and that’s really what we were looking to emulate.

When it’s finished, AOW’s new facility will be an academic and athletic showpiece that will include a number of innovative features, including: 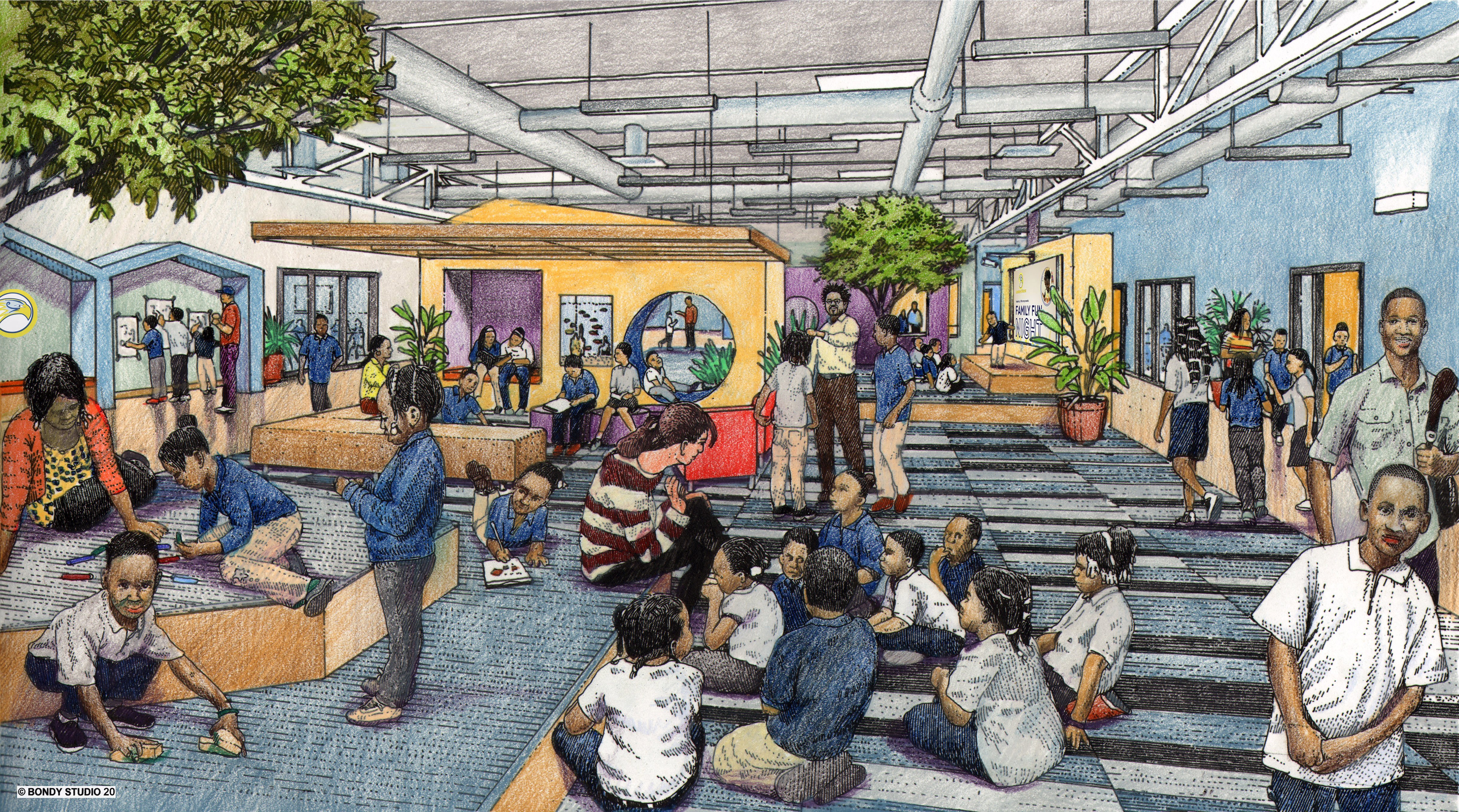 Learning Streets, where students will be able to learn not just inside the classroom, but in the hallway area, as well. “Learning Street is a concept where there will be cubbies and trees outside the classroom, and things like podiums and different levels,” Kearney said. “It’s like an open library. There will be windows so that the teachers can see the students when they’re out there.” 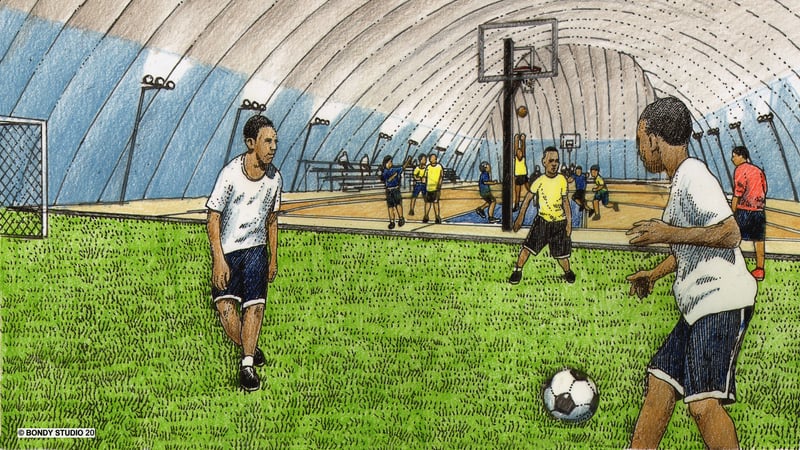 An Athletic Dome that will include a basketball court and indoor soccer field. “We’re going to introduce soccer and lacrosse, and we’re going to field teams in those sports,” Kearney said. “This will be something the community will be able to use, as well. We really want to be able to give back to the community.”

Full technology upgrades throughout the school, including smartboards and new furniture in all 36 classrooms.

A state-of-the-art library, which will include an audio-visual studio, computer lab, tutoring rooms, business center and a family lounge.

A Black Box Theater that will allow students to put on dramatic productions and other shows. 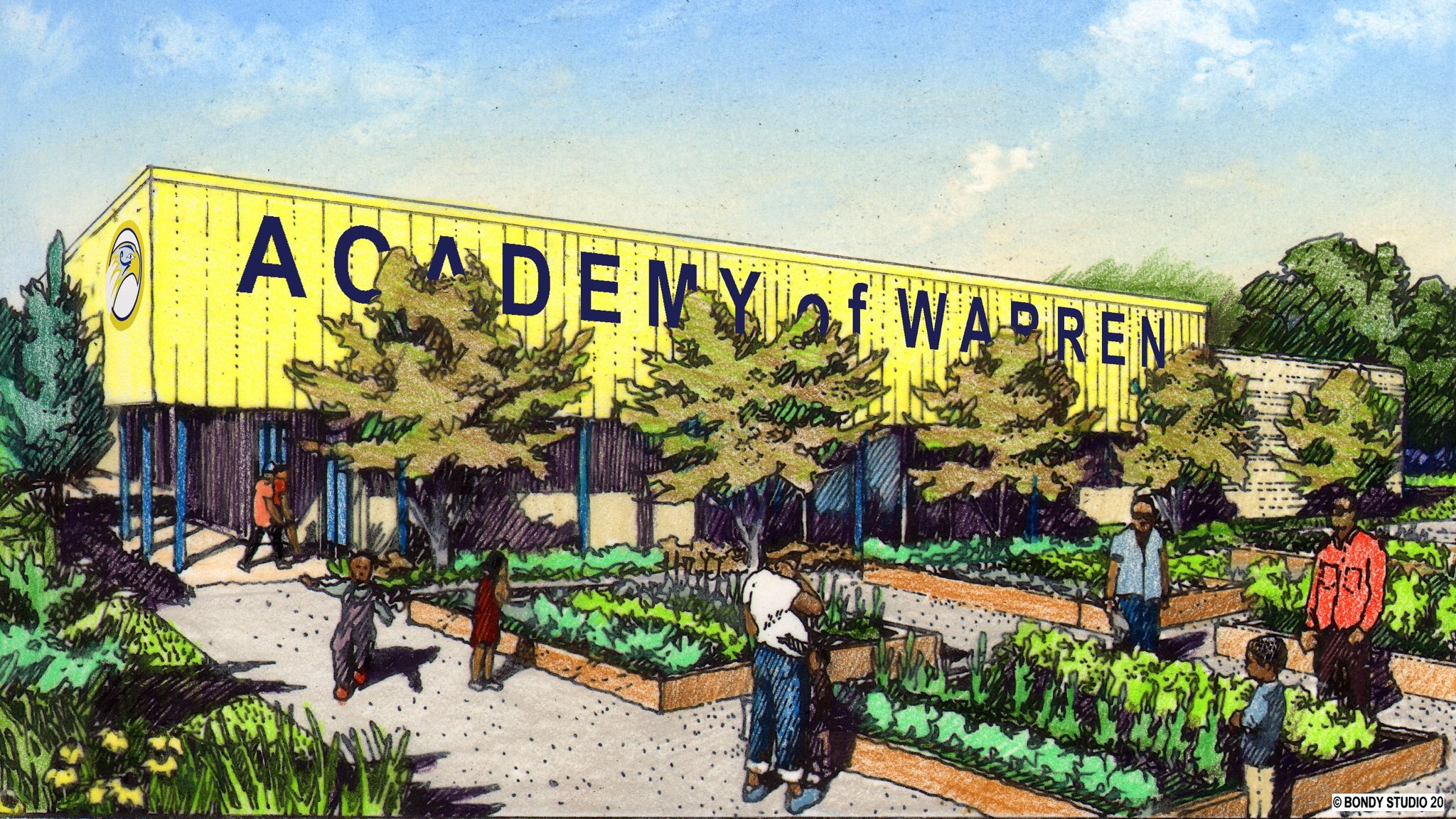 Discovery Park, a two-acre student garden and student-designed playground that will serve as the entrance to the building.

We can’t wait until this new facility is open - we feel it’s going to be such a great addition to the community. The only ones who aren’t excited about it are the students who’ve already graduated! 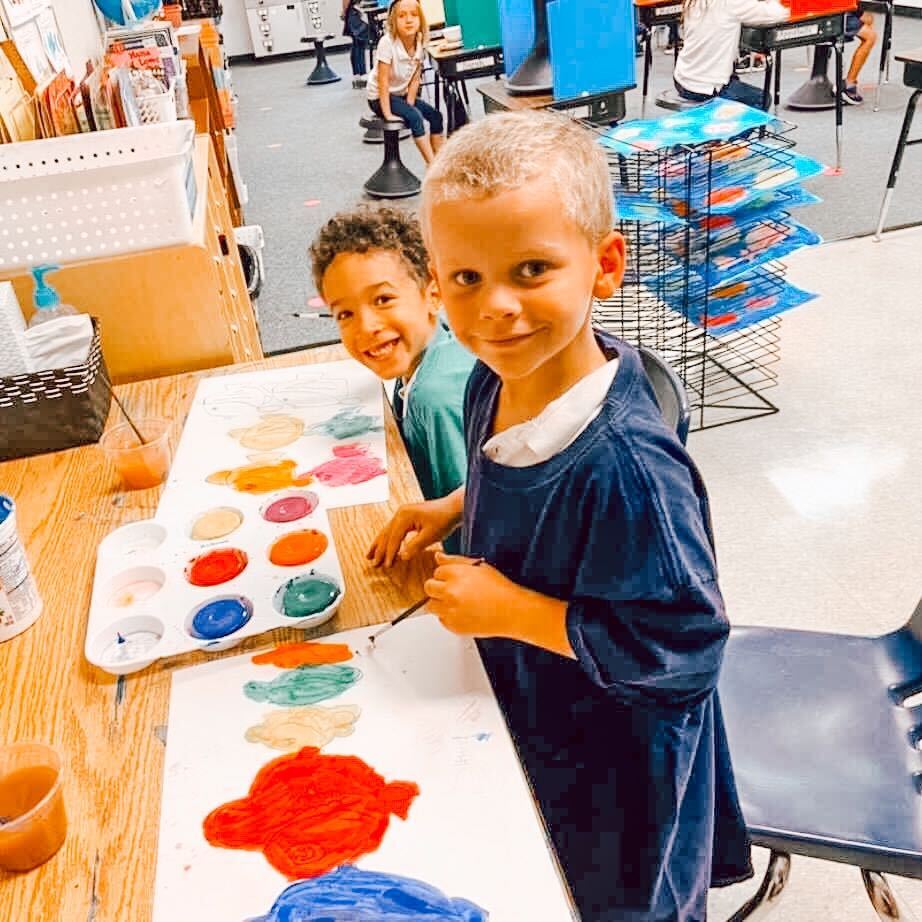