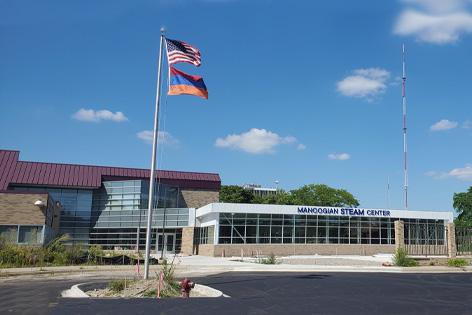 How these charter schools used creativity, fundraising and hard work to provide great facilities for their students

Charter schools, meanwhile, are prohibited by law from using those funds, which means they need to pay for their facilities out of their general fund. Or they also have to rely on fundraising and community support if they want new buildings.

Charter schools are all about innovation and hard work, and that’s not only true in the classroom – it’s also true when it comes to building the classroom.

Here are the stories of some Michigan charter schools that used creativity, fundraising and hard work to provide their students with great new facilities this fall. 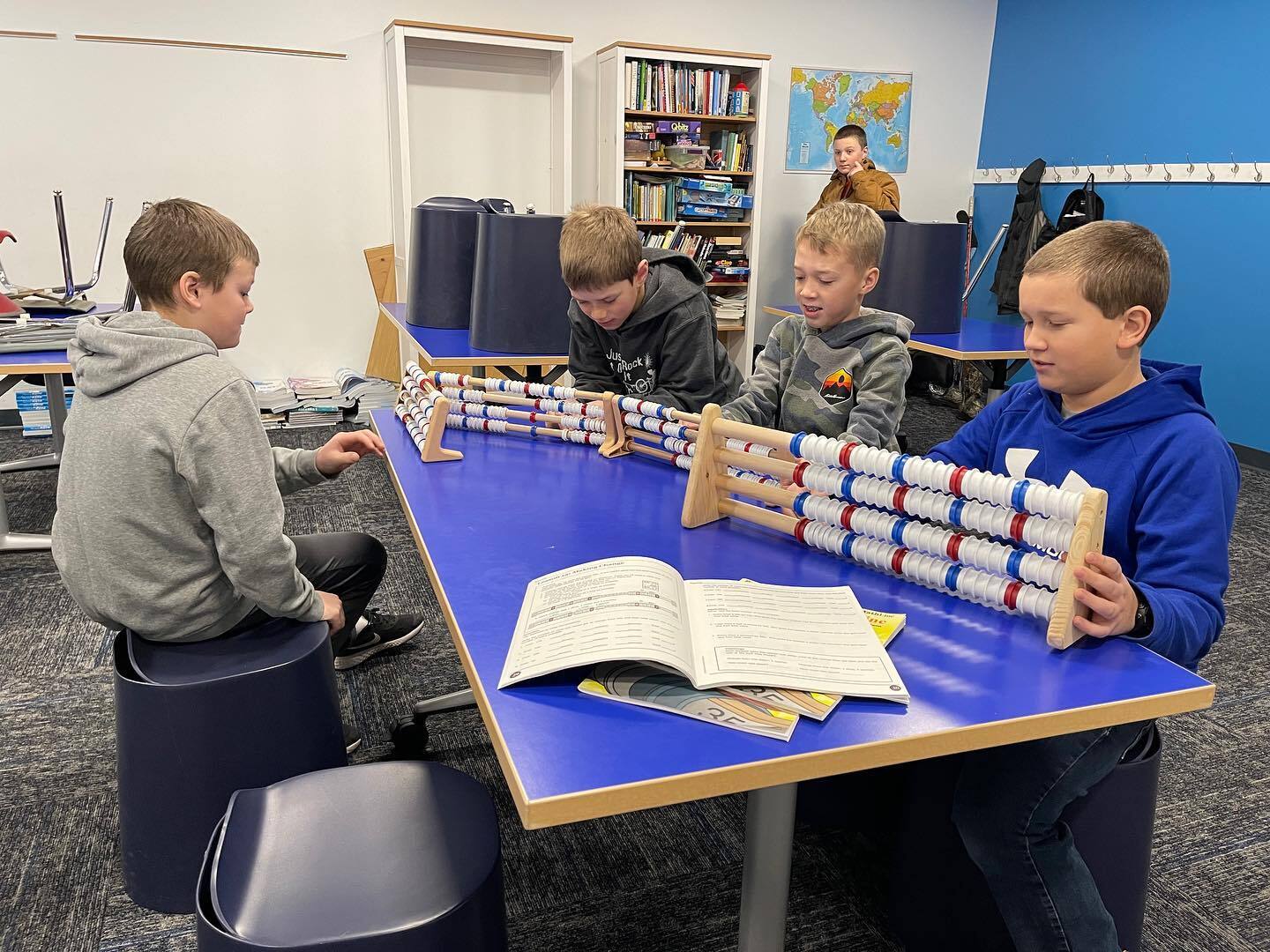 The Keweenaw is home to a large number of families of Finnish heritage (many of whose ancestors worked in the copper mines in the area), and the founders of Copper Island Academy figured they would love a school that catered to their heritage. The Finnish model of education features a number of distinct differences, including a school day that features 45 minutes of academic work followed by 15 minutes of unstructured play every hour throughout the day.

They figured right. The school has been an enormous success with families in the area, with several hundred families signing up right away.

The next challenge: Building a school for them.

Thankfully for the founders of Copper Island Academy, there was a tremendous amount of community and business support for the school – including generous financial support. The school secured a parcel of land between the cities of Houghton-Hancock and Calumet, right next to the Houghton County Memorial Airport. They raised the money necessary to build a school, and within few months, the facility was ready. When school started in the fall of 2021, the students at Copper Island Academy had a beautiful new building in which to learn.

Fast-forward to the fall of 2022, and another new facility is taking shape on the sight. One of the things that Principal Steve Aho noticed last winter was that once winter came, the students wanted a makeshift ice rink on their playground.

“We took in a tractor and packed down snow and made it ourselves, and it was a huge hit for the kids,” Aho told TV station WLUC. “The students spent all winter flooding, scrapping, shoveling, and taking care of the rink, and they got to play hockey and ice skate.”

That gave the crew at Copper Island Academy the idea that for this winter, the students need an actual ice rink – as well as a new gymnasium. So they went into fundraising mode again and collected the money necessary for the new ice rink and gym.

“We want to continue to provide opportunities that allow them to number one, enjoy school, and really enhance that educational experience in a well-rounded way,” Aho said.

The 60-by-90-foot slab was poured late last month by Portage Lake Construction and the facility should be ready this winter. The school is also planning a six-classroom expansion to the main building.

“The building is a dream come true,” principal Dr. Hosep Torossian said. “All of our students, from kindergarten through high school, will benefit from classes offered in the STEAM Center. In addition, the enormous facility supports award-winning extracurricular programs previously confined to small classrooms. Freed of spatial constraints, the sky is now the limit for these high-achieving engineering and robotics teams.”

The Manoogian STEAM Center cost one summer and two million dollars to build. Its construction was made possible by the Manoogian School’s own Educational Fund and the Armenian Apostolic Society. Though it’s only one facility, the STEAM Center provides something invaluable for its diverse students: a home where their imagination, teamwork, and creativity are encouraged to thrive and grow. 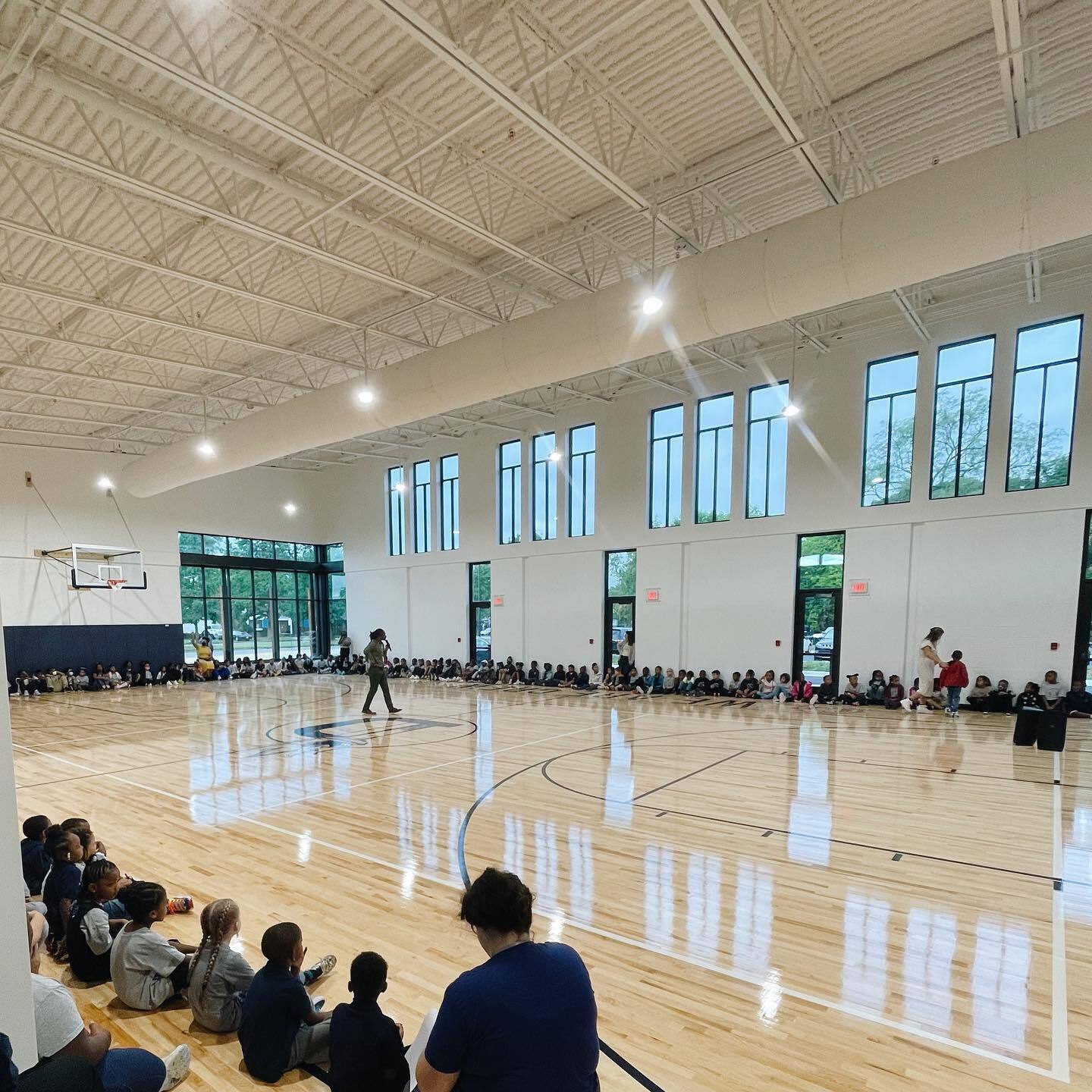 Detroit Achievement Academy opened in the fall of 2013 in a converted church space, and the school was an instant success in the community in every way. Almost from the day it opened, the school’s leaders knew they were going to need a new, bigger and larger space.

Those dreams became a reality this fall, when DAA opened its new building in Detroit. The school had moved into a school that was built in the 1950s, and in addition to renovating the old space, they also added 30,000 square feet of new space – including 22 additional classrooms, a gymnasium and community event space.

Construction began in the late fall of 2020, and the crews worked at a fever pitch to make it all happen. They were literally putting the finishing touches on the building right before the students showed up for the first day of classes this fall.

And every bit of the building is intentional and well-thought-out.

“Our design vision for DAA was to keep the same joyful rainbow inspiration we have had throughout every school home in our history, but to make it a little more understated,” said Heather Compagner, Director of Special Projects at the school. “We wanted to keep the joy factor, but make our building feel calming and homey to every person who walks through our doors.

“Our main point of inspiration was a Michigan sunset,” she added. “We are lucky to have some of the most beautiful landscapes here in Michigan, so we wanted to be sure to tie in the natural beauty into our space; muted tones, pops of color, and lots of textures, with a cohesive modern element. Plus, our students take part in deep studies on things like pollinators, trees, birds, and water (with a community focus!) so tying in these natural elements fits perfectly with the learning that our students are doing.”

The school’s leaders have spent years raising money to make the new building a reality, recognizing that a school’s physical space and environment are extremely important.

“Prioritizing beautiful spaces is actually one of our core values at DAA,” Compagner said. “To make our beautiful space possible, we received a competitive New Market Tax Credit allocation, and are lucky to have a lot of really generous friends in our corner who agree that a joyful, student-centered space in which to learn and play should not be a privilege associated with socioeconomic status or zip code.

“We believe that the physical space of the school reflects and supports the learning environment, and that when people enter DAA, we want them to be immediately aware that they are in a place that celebrates learning.”

While these schools have figured out how to open new buildings, it comes at the cost of other things the school may want to do and not every school is fortunate enough to be able to raise these funds.

Previous story
← Polls make it clear: Politicians are playing with fire if they decide to oppose charter schools and parents’ voices
Next story
True to its name, Bridge Academy of Southwest Michigan bridges the gap between education and employment →